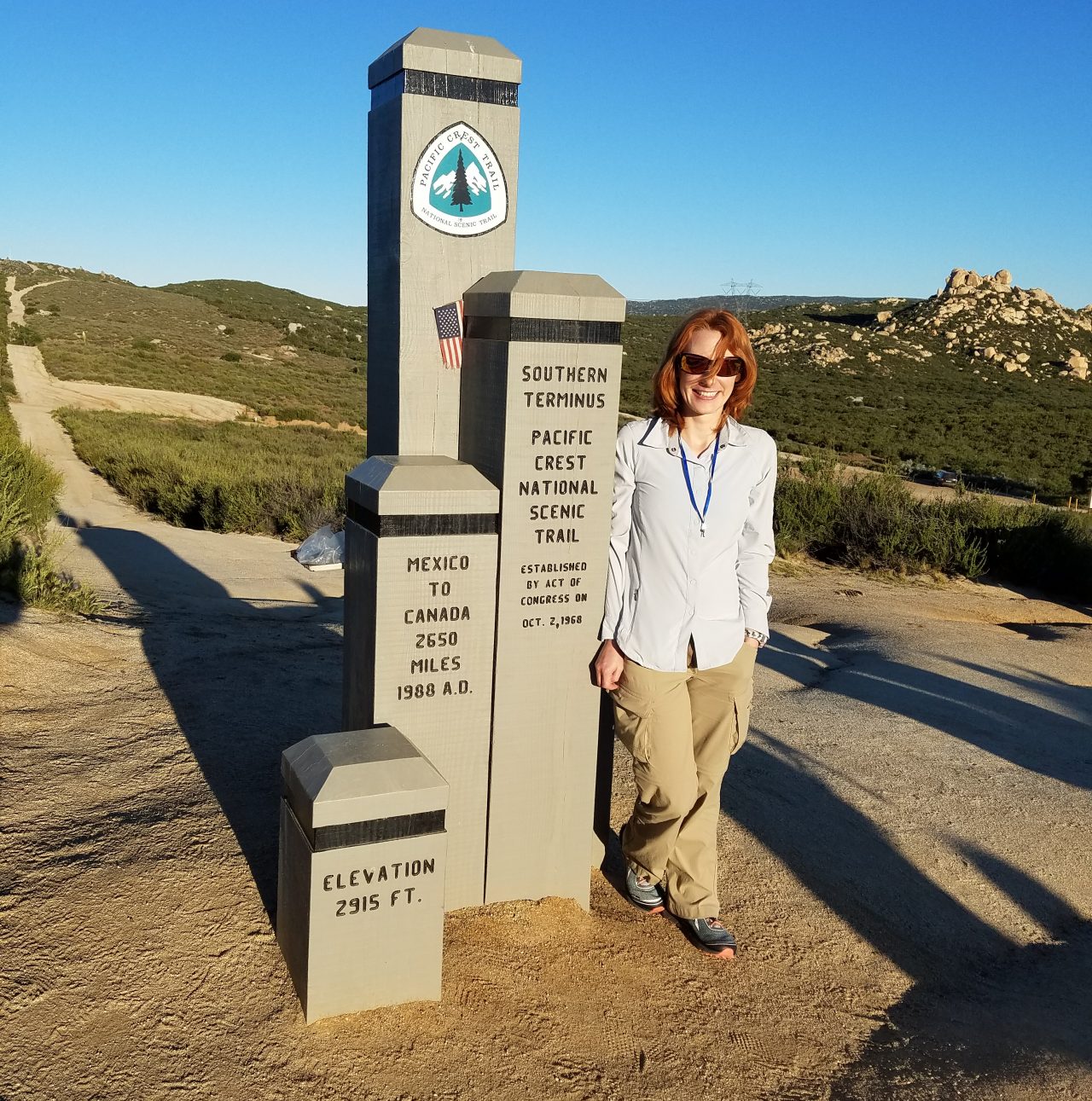 NOTE: this post went missing from my site some time ago.  So I am reposting it for the sake of completion:

April 20, 2016: Cold sleepless night in the campground. While frogs serenaded us to sleep, coyotes took over at around midnight.  In my chilly, sleep-deprived state, I almost yelled out the New York standby, “shut that damn dog up” when I realized I was not in New York and these were nobody’s dogs.

Alicia and Pine set out in the pre-dawn hours but I was too cold to get out of my tent.  Once the sun rose and a much-needed cup of coffee were had, I made my way toward the PCT again. The morning was spectacular- the desert in full bloom as I wound my way up exposed desert ridges of the Cleveland National Forest.   I was thrilled to pass the 50 mile marker of the trail.

At around 11, I pulled into a small picnic area to rest and lunch. There I figured out why my left shoulder had a monster bruise and my left hip an abrassion from my hip belt.  Taking off my pack, I noticed that the right frame pole had torn through its fabric support.  Upon inspection, all four corners were doing the same, an inevitability given the sharp metal rubbing against mere nylon straps, the bottom right just having succeeded before the others.   I sat down and field repaired the pole back into place, knowing mere needle and thread would not hold for long.  I now knew I needed to reach Julian where cell and Internet service might help contact the manufacturer. I had not planned to stop there.

After the hour plus delay to repair, I set out again, this time into the hot afternoon sun.  A British couple at the picnic area thankfully showed me how to attach my umbrella to my pack and it saved my cookie up the fully exposed ridgelines that overlooked the baked desert.  Thankfully, one of what I have named the denizans of the trail, usually unphotograhically quick lizards, decided to stop long enough for a photo opp.

As the ridgelines gave way to high desert valleys, the wind began tho roar.  As I approached the Sunrise Trailhead near the Sunrise Highway, the umbrella had to be closed.  The wind cooled the temp, as I saw what would be my only water source for the next 10 miles – an algae, bug ridden horse trough.  PCT hikers were already gathered around, filtering water and trying to pitch tents in the field next to the trough.  While I too filtered, I decided the water may be best mixed with the flavor of Idahoan mashed potatoes (extra bacon of course).  I then discoved yet another use for my umbrella – wind shade for my stove.

After dinner, I took my pack up out of the windy field and nestled in for a quick cowboy camp nap up in the high bushes.  I fell asleep before the sun set. 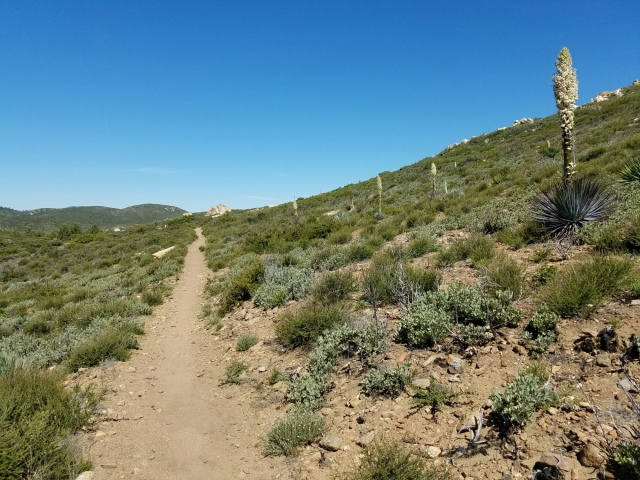